This new garden, which is in the process of completion and maturation, is located in the former private garden 72 Storey's Way, part of the College’s postgraduate accommodation. It is named after Ms Xiaotian Fu (PG06) who, in 2016 pledged a series of generous gifts to support the College’s mission to advance education, learning and research.

The garden was designed by John Moore (Head of Grounds & Gardens). The houses were originally private homes built in the early twentieth century in the Arts and Crafts style and the garden acts as a counterpoint between these houses and the Modernist Brutalism of the College’s 1960s buildings. The design is based on a College courtyard, being square with four exits in offset corners. The brick benches are a nod to the 1960s and the oak pergolas are intended to represent entrance colonnades. The clay pavers, recycled Cambridge white bricks and green oak complement the architecture of the buildings.

The design is bold and generous with large oversized components such as the steps down into the garden. The planting is a mix of roses and herbaceous plants and includes plants named after Sir Winston Churchill. Many of the plants originate from China including Wisteria sinensis ‘Alba’, the white-form Chinese wisteria that will twist around the columns of the oak pergolas. 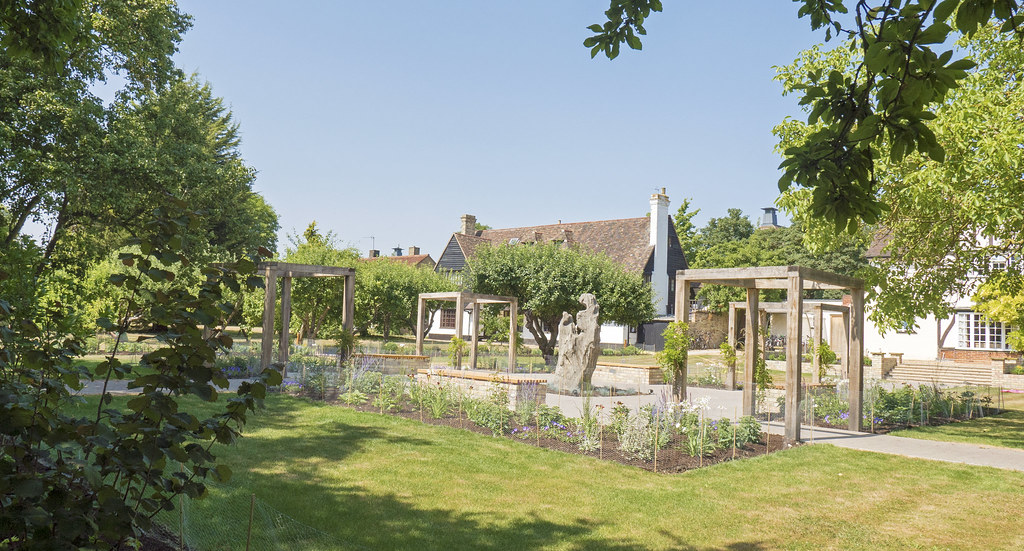 Central to the design are two large limestone rocks which were transported from China by Ms Fu. Originating from the Three Gorges region, from a mountainous stretch along the Yangtze River, between Chongqing (Ms Fu’s hometown) and Yichang cities, one stone, named ‘The Screen’ marks the path into the garden while the other, named ‘The Reading Gal’, forms the centrepiece of the garden.

A secluded, private space, the Xiaotian Fu Garden provides a tranquil and beautiful area for students and Fellows to work outside whilst still being close to the main College buildings.

Discover our grounds and gardens