Celebrating 50 years of the Chapel at Churchill College

Choir and congregation singing in the chapel

On a bright Autumnal morning of 29 October, over 200 students, Fellows, Alumni, and friends of the Chapel at Churchill College gathered to celebrate its 50th anniversary.

The guests of honour were Lady Beaumont, widow of the major donor, Michael Beaumont, Dr Ken Livesley, founding Fellow and long-serving trustee, and the Master of Magdalene College and former Archbishop of Canterbury, Dr Rowan Williams. Alumni came from as far afield as Ontario and Zurich. Among their number were more than 12 ordained members, including the former chaplain, Professor Bryan Spinks. The service was conducted by the Chaplain, Dr John Rawlinson with their assistance.

The choir of 50 members of Churchill, Murray Edwards and Magdalene started the service with a specially composed piece by Director of Music-Making Dr Mark Gotham to accompany the reading of a new poem by John Kinsella, read by Tim Cribb, which is reproduced in this year’s Annual Review. During the service, the choir sang elements of sung masses by various composers.

Dr Rowan Williams preached a memorable sermon. Chiming with the day’s Gospel reading – the disciples on the road to Emmaus – Rowan Williams mused that the walk from College to the Chapel must seem like that road, certainly as distant. This anchored his reflections on whether the College and Chapel have become any closer over fifty years, whether the ‘cordon sanitaire’ erected between the two, to protect the College from ‘contamination’, had been bridged. His principal theme was that back in the 1960s nonbelievers were confident that secularism was an irreversible trend, that the road led inexorably away from Jerusalem. But, he judged, ‘now we know better’, for it proved an ‘illusion’, a ‘rash judgement’. There is ‘no one-way road away from the Cross’, and ‘in history, there are no one-way roads’. Williams treated 1960s secularism as a form of apocalypticism, a faith that a golden age of reason and science would soon dawn. He aligned it with other optimisms of that era: the ‘white heat of the technological revolution’ announced by Prime Minister Harold Wilson, and the young idealists who saw the dawning of a peaceful and harmonious age of Aquarius. It all lacked, Williams claimed, an honesty or realism about human weakness.

The service was followed by the planting of a young beech tree at the back of the Chapel by Dr Ken Livesley to commemorate the anniversary. Then there was the long trek back to College for a hearty Sunday lunch and good conversation among old friends. 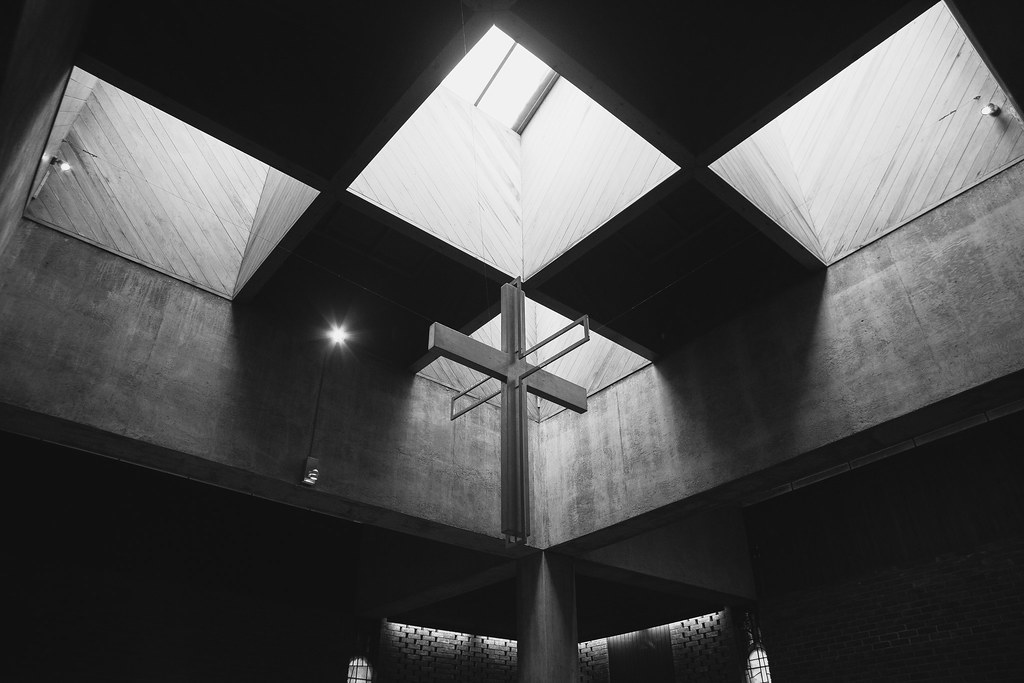 More information about the Chapel