Skip to content
You are here:
Home > Latest News > Churchill’s Bursar retires after eighteen years
Back to list

At a special morning tea on 14 February, staff said farewell to Jennifer Brook, who is retiring after eighteen years as the College’s Bursar.

Staff from across Chuchill’s various departments came together to thank Jennifer for her service to the College and to wish her the best of luck in the future.

Reflecting on her time here she said:

“Being the Bursar of Churchill College for the last eighteen years has been an enormous privilege and a fascinating experience.  Working with people from the age of 18 to 95 is almost unheard of in most working environments but adds to the variety and depth of the job.  Churchill is a great community; from the alumni to the widows of Fellows, from  new undergraduates to academic Fellows, from bedmakers to computer officers, the commitment to the College and its  academic and social objectives is clear.  That clear commitment has been very helpful in terms of providing a backdrop to strategic thinking and taking difficult decisions when finances have been constrained.

The College has moved forward in several ways during the last eighteen years. Aside from new buildings, we have been carrying out continuously major upgrading of facilities over this period, including re-wiring and re-plumbing most of the site. The Møller Centre has grown five-fold in terms of turnover during this period and has not only returned substantial profits to the College but has gradually increased its Continuing Education activities. The grounds and gardens have gained flowering plants in subtle designs and unexpected locations. We have continued to act as caring employers but have now become more professional in the way we do so, and had to deal with multiple new legal requirements from successive governments. We have a highly  productive staff team and this has enabled us to generate record returns to the College from conferencing while impinging little on the day-to-day life of most College members. Our first professional Development Director joined us just 14 years ago and we now communicate with our alumni and others not just with an Annual Review but online with e-bulletins and social media as well as providing more than fifteen events each year in Cambridge and elsewhere — for the alumni community.

Governance is nobody’s favourite aspect of work, but over my time in College it has really stood us in good stead as the regulatory environment  has become increasingly prescriptive. This culminated in Charity Registration six years ago (previously the College was an “exempt” charity).  Much of the Bursar’s time is spent running College committees, engaging with Fellows, students and staff through these  and also with inter-collegiate committees. The Cambridge community is also very important in terms of sharing out expertise and workload across the Bursars  and achieving value for money in areas as diverse as catering and energy procurement,  negotiations on business rates,  VAT and tax negotiations,  and joint ventures such as “Visit Cambridge” and it also provides a support network for the College Bursar.

Highlights of my time at Churchill College include the 50th Anniversary of the College and the several years of commemorative events associated with it and the 80th (and some 90th) birthday parties organised by the SCR for Fellows, where I have gained  insight into the extraordinary achievements of our Fellows.

From a personal perspective, the major building projects have given me great satisfaction. Bondi, Broers and Hawthorne Houses (collectively known as the Pepperpots), the extension to the Archives Centre, refurbishments of the Sheppard and Wolfson Flats, the extension to the Study Centre and more recently to the Møller Centre, the re-building of  64 Storey’s Way (Pinchin Riley House), the new Boathouse and Cowan Court have all enhanced the provision in the College and been appreciated by those who use or live in them.

At the end of my time as Bursar the aspect of the role which I will remember with the greatest pleasure is being able to help people achieve their goals, whether they are students, staff, alumni or Fellows. The College is a community, not just some amazing buildings.” 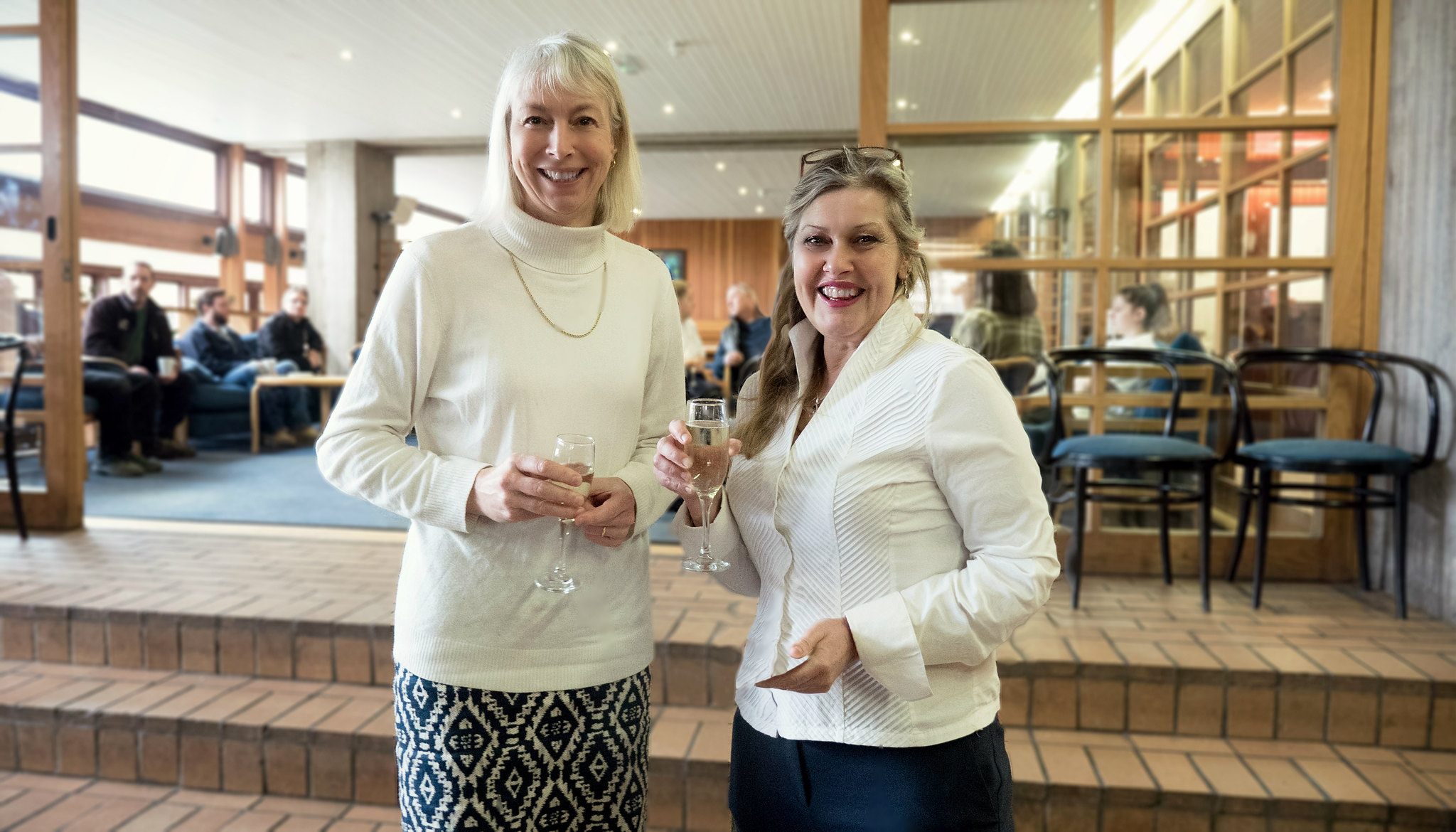