Skip to content
You are here:
Home > Latest News > A new women’s VIII: the Robert Fulton
Back to list

Churchill College Boat Club was able to purchase a new second women’s VIII, which was ready in time for Lent Bumps, thanks to the support of various alumni and particularly Robert Fulton.

The boat was named after Robert Fulton (U70), who gave funds to cover over half the cost of the new boat, and in recognition of his time as the CCBC Overall Captain in 1972/3 – the first year that women were admitted to Churchill College. Robert has long given to student support and the College boat club.  We are particularly grateful that we were able to purchase a brand new Janousek VIII since the numbers of women at the College have been growing steadily, so more women are representing Churchill College in the sport than ever.

As can be seen from the photographs, Robert tried out sitting in the cox’s seat, as he mostly coxed whilst at College.  He remarked at the microphones and speakers of modern boats, saying ‘we just used to shout loud in my day’.

The Club’s president, Sue Brown (U83) and current members, and particularly those from the second women’s VIII, were present for the ceremony, which took place on 6 March. Lent bumps had been held in the preceding week, so it was a matter of great pride that the Robert Fulton was the only boat in CCBC which didn’t get bumped by another College, and went up two places.

The College will shortly purchase another new boat, a IV to be named after Lorna Montgomerie (U72), one of the first female students at the College, the first women’s Boat captain and a member of the CUWBC crew that beat Oxford in 1974. Sadly, Lorna died in December 2019. As has been noted elsewhere, 2022 also marks the sixtieth anniversary of the Churchill College Boat Club being founded by Canon Duckworth, and this Mays represents the sixtieth anniversary of the boats first racing on the Cam. A dinner is being held on Saturday 18 June to celebrate this.

Book your place at the dinner 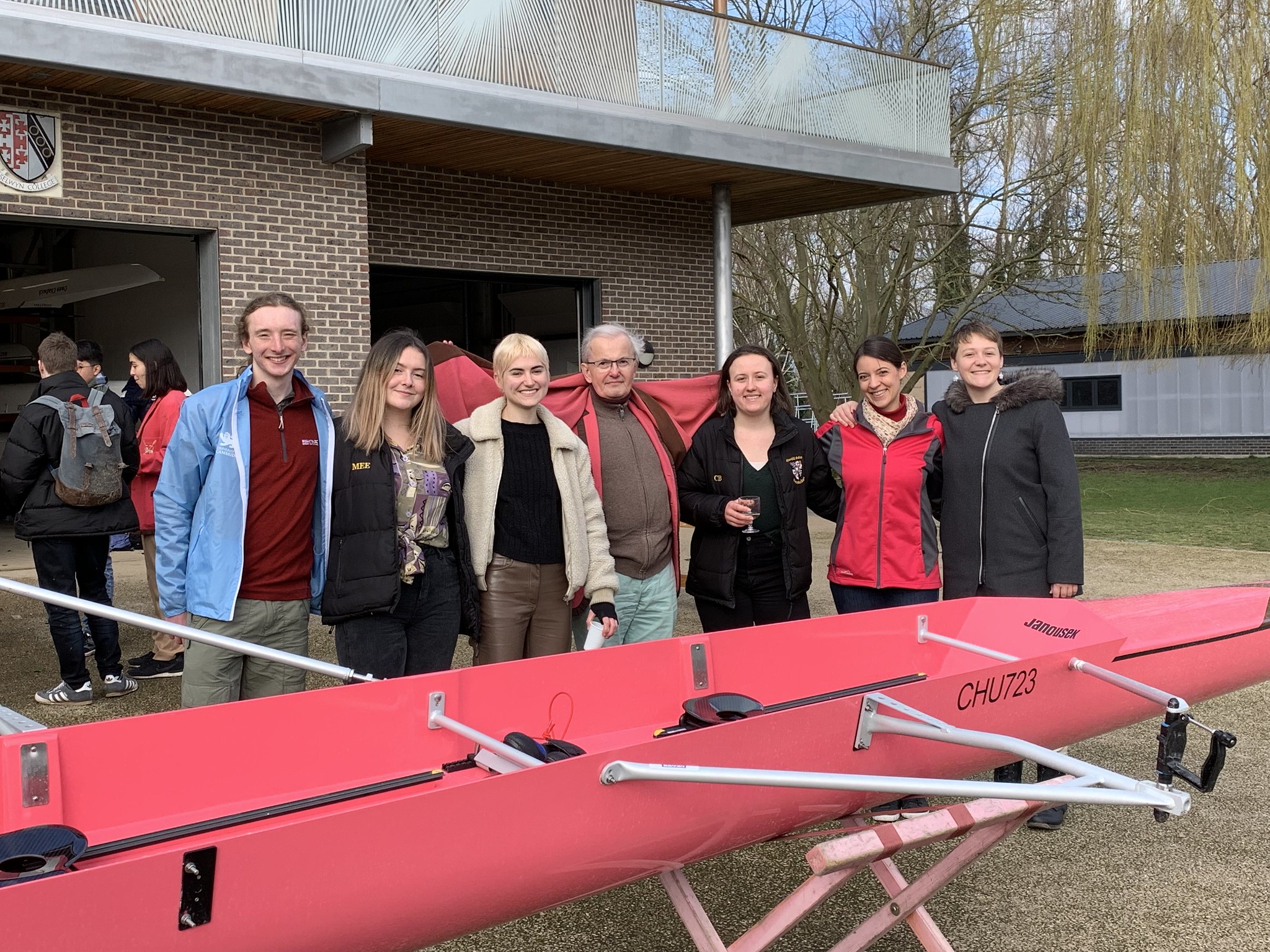