The College held a special anniversary dinner on 18 June 2022 to mark the slightly delayed 60th Anniversary of the founding of Churchill College Boat Club (CCBC) and remember the contribution many alumni, Fellows and friends of the College have made to the Club over the years. The names Duckworth and Miller are familiar to most who have rowed in the College pink. The CCBC was founded in the same year that Churchill College admitted its first intake of postgraduate students. The College itself was still under construction so the Club had no boathouse of its own but instead shared with the City of Cambridge Rowing Club.

This arrangement lasted until 1968 when CCBC moved to a new boathouse, sharing it with Kings College, Selwyn College and The Leys School. This arrangement remains the same today with the Colleges and school sharing facilities and staff.

One of the driving forces behind the foundation of CCBC was Churchill College’s first chaplain, Canon Noel Duckworth. He joined the College in 1961 and was co-founder, coach and treasurer to the CCBC from then until his retirement in 1973.

Canon Duckworth had an illustrious career in rowing, having coxed the University boat race 1934–1936 when at Jesus College as an undergraduate, and won all three times. He also competed in the 1936 Olympics for Great Britain.

Duckworth is also remembered as wartime Chaplain to the 2nd Battalion Cambridgeshire regiment, he was captured and a war prisoner after Singapore fell to the Japanese in 1942 in World War II.

Duckworth was determined to establish the Boat Club so that the new College’s undergraduates would be on an equal footing to other Colleges. He also championed women’s rowing when Churchill went mixed in 1972. Churchill’s first blues rower was Lorna Montgomerie (who sadly passed away in 2019), who was from the first intake of women in 1972.

The Club has always been inclusive, and trained many who didn’t have prior experience of rowing, some of whom went on to represent Cambridge University. Today CCBC is thriving, being the largest student society at Churchill.

At the dinner the alumni and students celebrated quite a few other achievements – though not the best campaign for the first men and women’s boats, the first women are still high up in the top division. The second women went up seven places, in the new boat Robert Fulton (by far the most successful boat on the river for CCBC this year) so were awarded blades. We also raised awareness of the need to raise more funds for the CCBC endowment so that students can row without having to find funds to do it – with a higher state school intake than other colleges we would like to encourage all students to try rowing without being out of pocket. CCBC is very grateful to MathWorks, its sponsor, and to the outgoing President, Sue Brown (G83) who has been President since 2005 and committed time and energy to the Club, as well as much coaching. We also thanked Kieran Heal (U16 and G20), a true stalwart of the Club and College having held many different positions in the College JCR, MCR and CCBC committees over the years as outgoing Overall Captain. 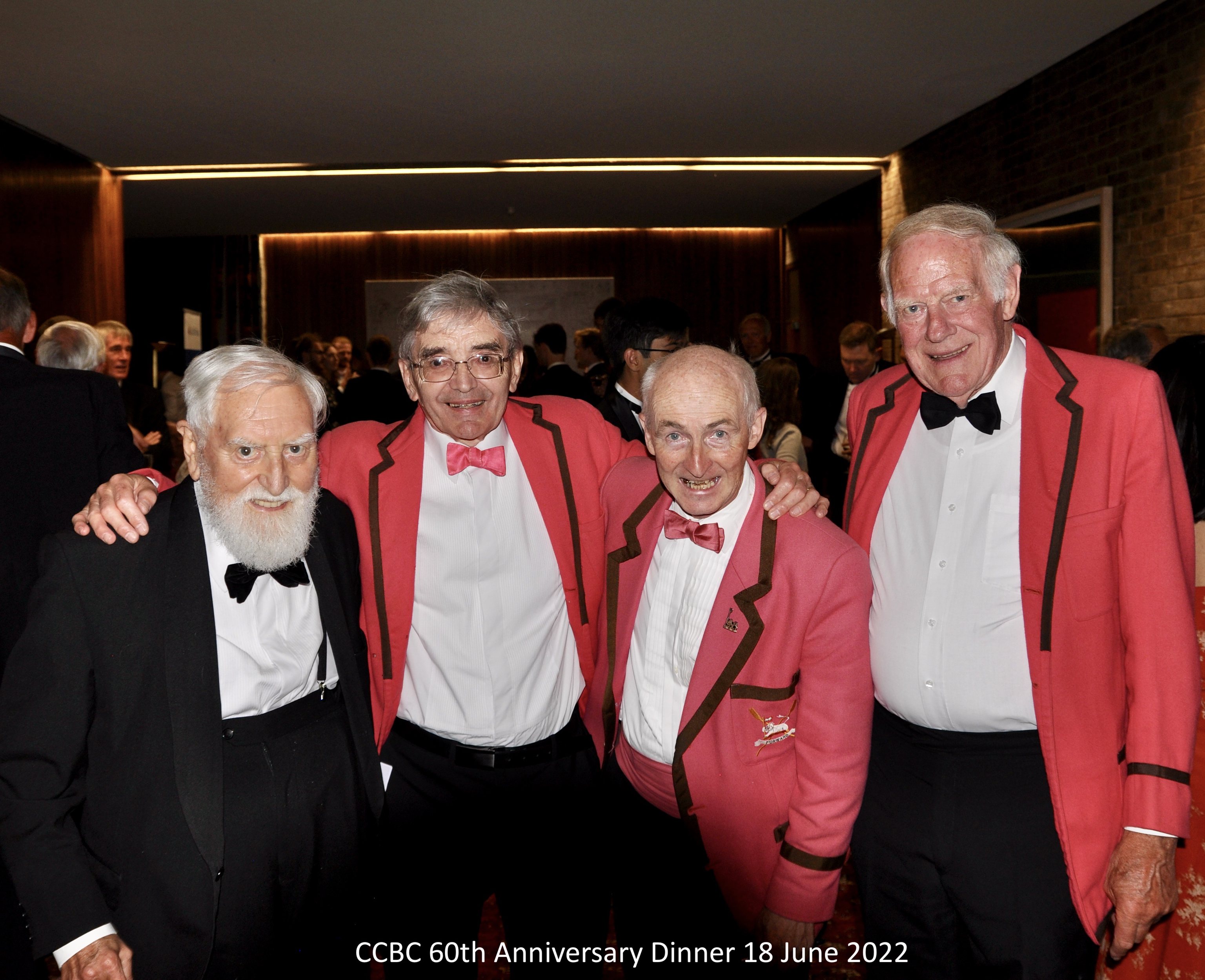